Interested in one or more artworks from this collection?

Small stylized figures, which seem to touch, placed in a circle to create a suspended space, figures that are a symbol of being seen and heard. An art that gives importance to sign and form in their most essential meaning, emphasizing a symbolic and meditative approach.

This artistic project was conceived alongside meditation, a mindful path of self-awareness and reflection on how one relates to others.

The pandemic has changed many dynamics and generated fragility, but it has also showed the fallacy of the concept that a human being can live in isolation, alone, up against the constant life challenges.

The artist's journey is not meant to simply describe reality but to convey more nuanced and indefinite feelings that suggest emotional states and penetrate into the essence of things which can be perceived only with the soul. This journey generates a ‘centre of love’ capable of a dialogue with diverse interlocutors.

The objective is to go beyond the appearance of reality: reality is not to be found in the objective existence of things but in ideas; the essence of reality is not what is seen through the naked eye but what is perceived with deep awareness. In Prina's works, this idea is suggested by the dots placed on the heart centre which create light points, more precisely coloured bindis, which in Indian culture are worn in the centre of the forehead and for Prina represent love.These artworks, through the use of circles and the movement created by them, challenge the idea of space, circumscribing it in a personal journey of change, in transition, invoking closeness.

At the same time the artist invites viewers to change perspective to see new challenges and new ways of being together. Space is continuously negotiated by the relationships experienced in it.

These stylized figures inform you about the unknown, ask you to investigate new scenarios, to create new concepts, in an attempt to understand phenomena still unknown, trying to reach where words cannot.

These small paper bodies are a communicative medium to express complex emotions that requires the presence of others. Me which becomes we, within an iridescent space of different colours and textures representing new resources and challenges for the future.

It is not by concidence then that Prina uses wedding invitation cards for her work. These invitation cards are indeed symbolic, carrying a history with each one having its own story. They carry vibrational energy made up of touch, connections, personal visits, and joy, which once were a natural state of being.

Bodies well connected to the mind, mutually harmonised. Breathe in new perceptions, breathe out old ones. Body in the spirit and not vice versa.The silhouettes are only close to each other, they do not physically touch. A small space separates them, perhaps irreversibly, but they are united, in the artist's intentions, in a new dimension and in a common purpose of deep sharing, to suggest expanded awareness and a more conscious way of living. 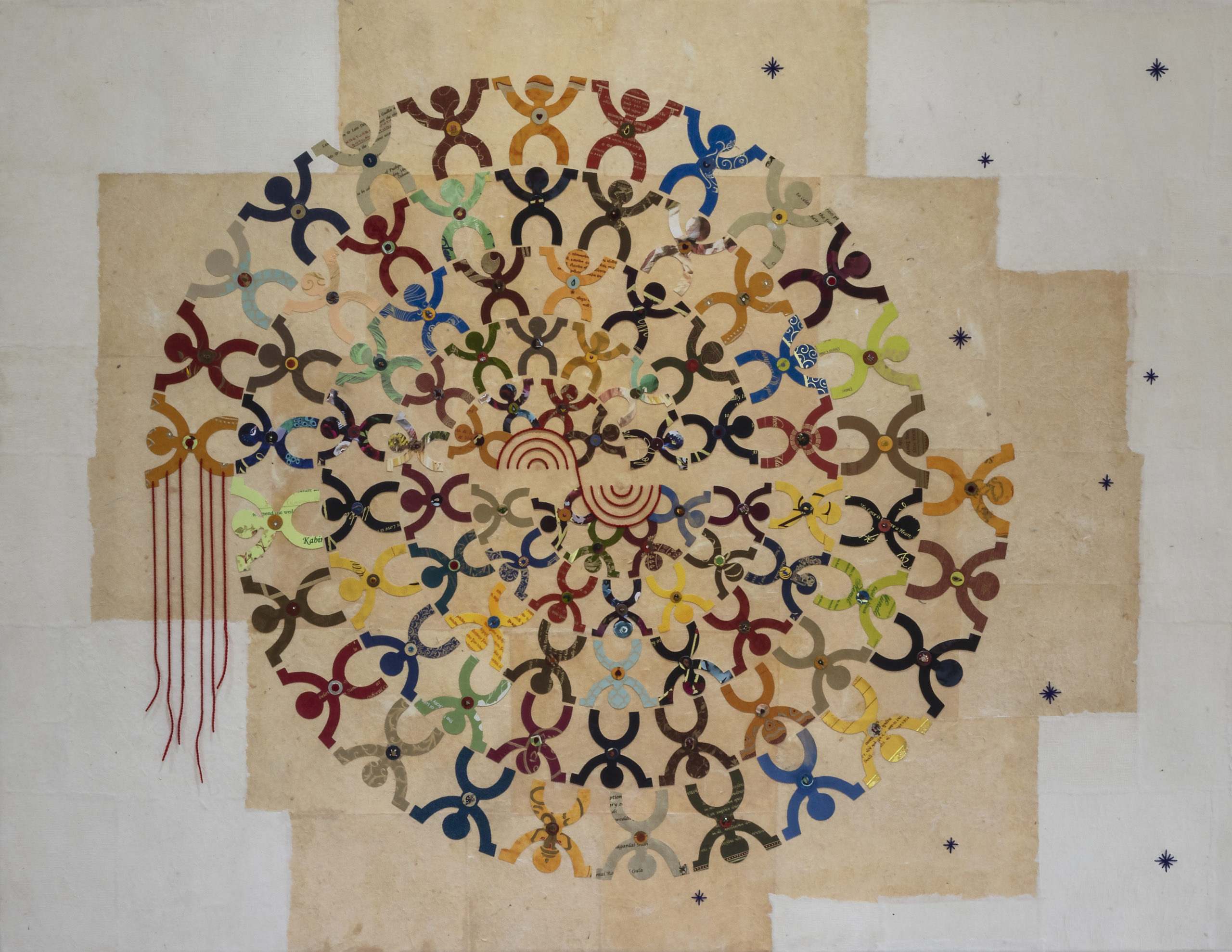 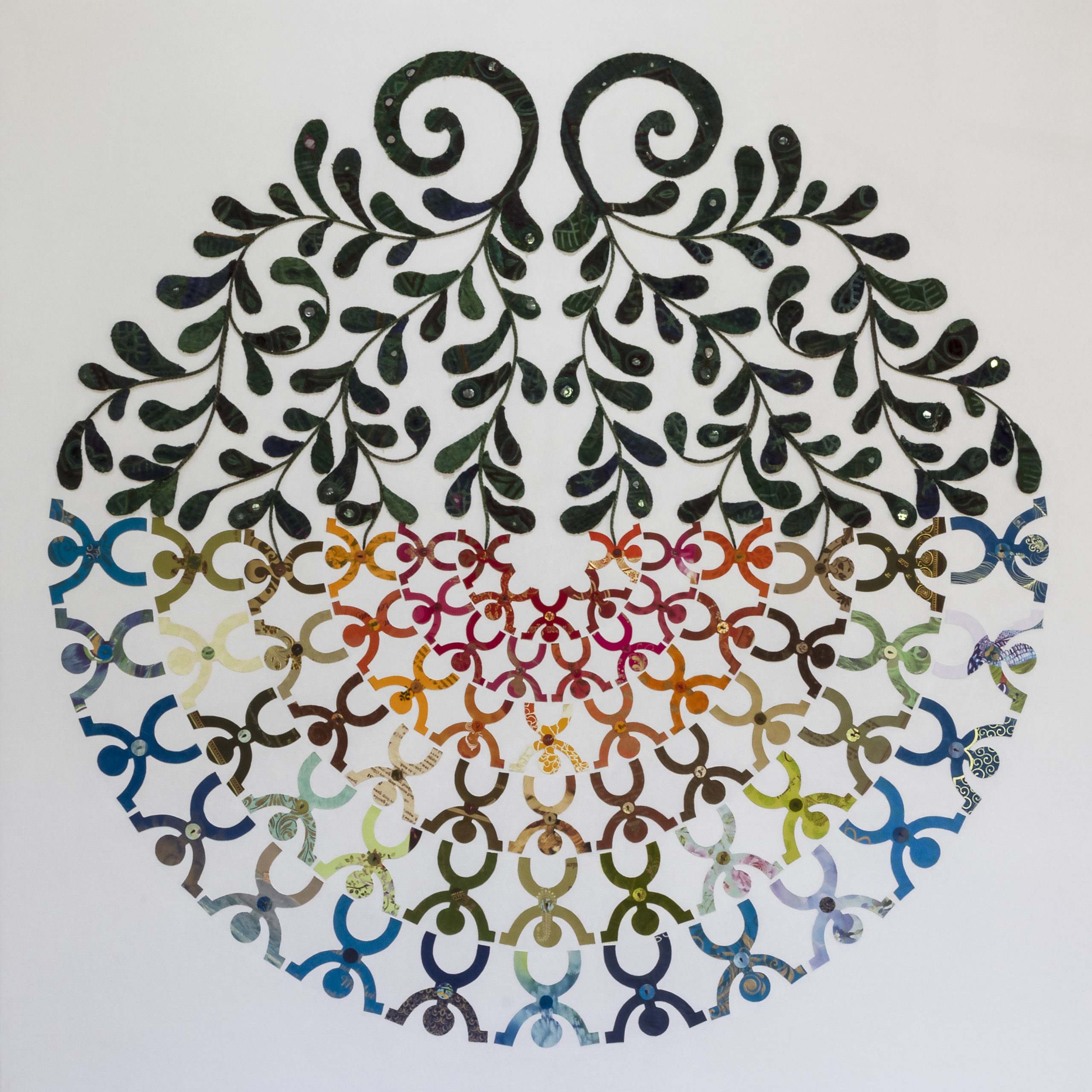 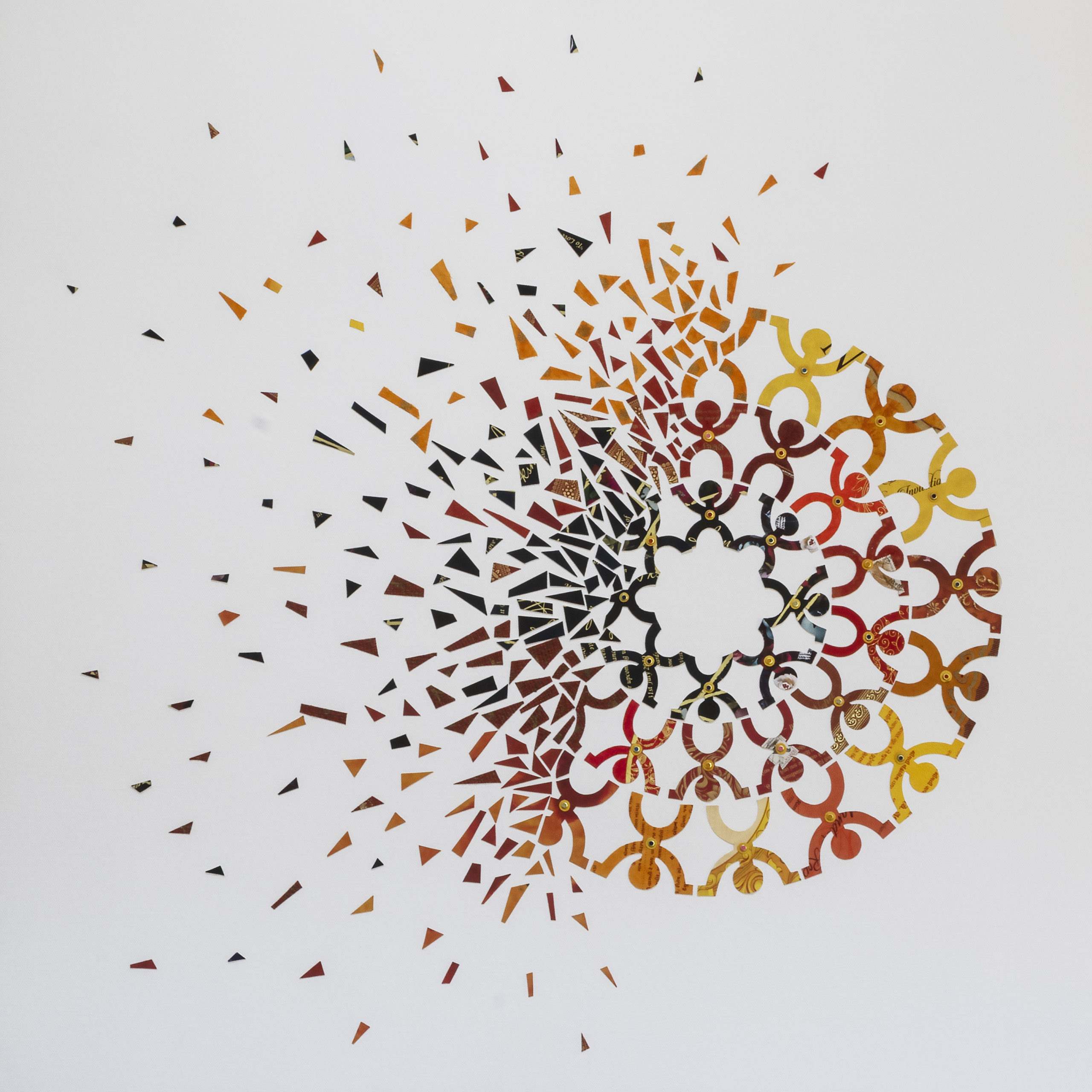 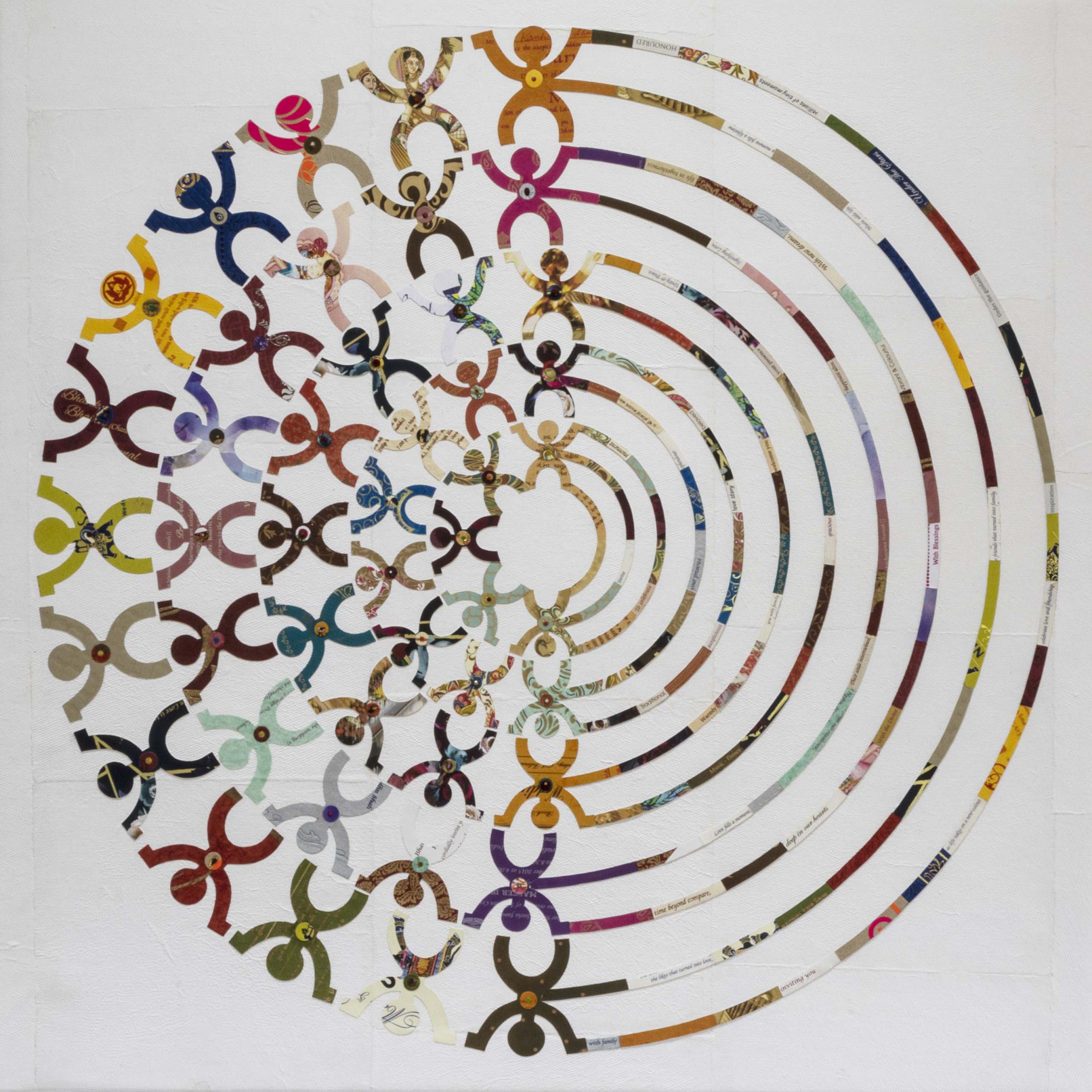 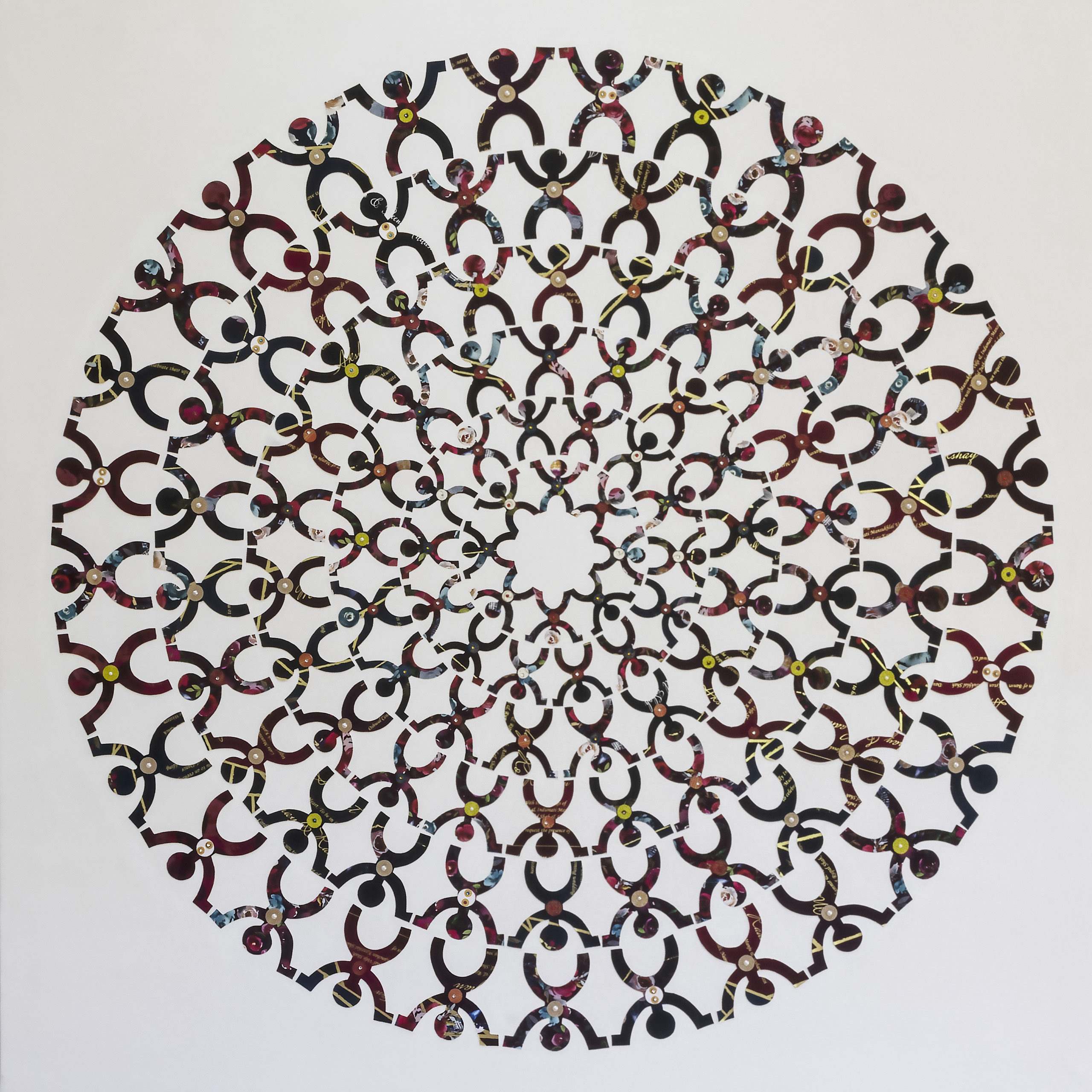 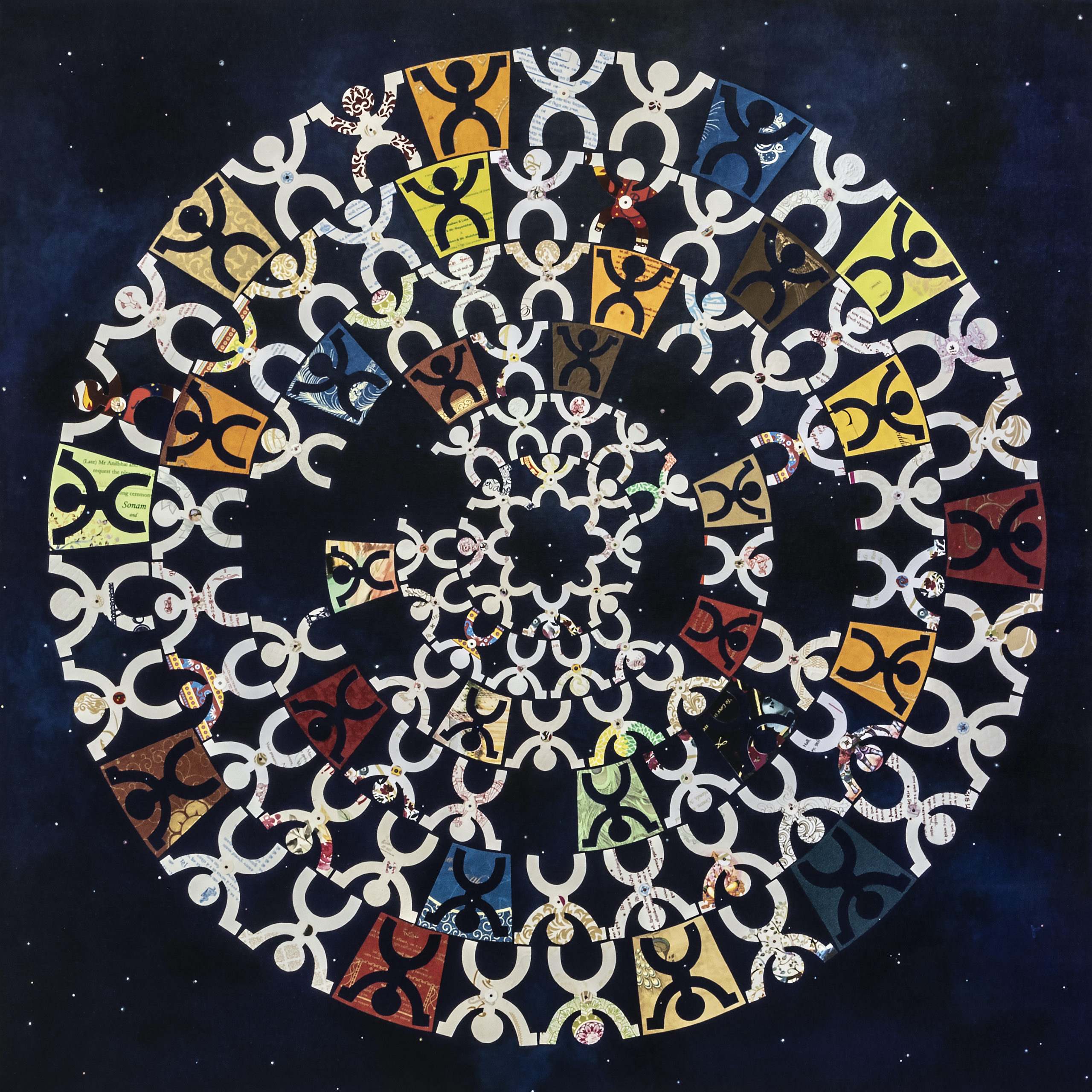 Please send us a message below or pick another communication option below.

We use cookies on our website to give you the most relevant experience by remembering your preferences and repeat visits. By clicking “Accept All”, you consent to the use of ALL the cookies. However, you may visit "Cookie Settings" to provide a controlled consent.
Cookie SettingsAccept All
Manage consent

This website uses cookies to improve your experience while you navigate through the website. Out of these, the cookies that are categorized as necessary are stored on your browser as they are essential for the working of basic functionalities of the website. We also use third-party cookies that help us analyze and understand how you use this website. These cookies will be stored in your browser only with your consent. You also have the option to opt-out of these cookies. But opting out of some of these cookies may affect your browsing experience.
Necessary Always Enabled
Necessary cookies are absolutely essential for the website to function properly. These cookies ensure basic functionalities and security features of the website, anonymously.
Functional
Functional cookies help to perform certain functionalities like sharing the content of the website on social media platforms, collect feedbacks, and other third-party features.
Performance
Performance cookies are used to understand and analyze the key performance indexes of the website which helps in delivering a better user experience for the visitors.
Analytics
Analytical cookies are used to understand how visitors interact with the website. These cookies help provide information on metrics the number of visitors, bounce rate, traffic source, etc.
Advertisement
Advertisement cookies are used to provide visitors with relevant ads and marketing campaigns. These cookies track visitors across websites and collect information to provide customized ads.
Others
Other uncategorized cookies are those that are being analyzed and have not been classified into a category as yet.
SAVE & ACCEPT
Powered by